Plus Premieres | New music every Thursday 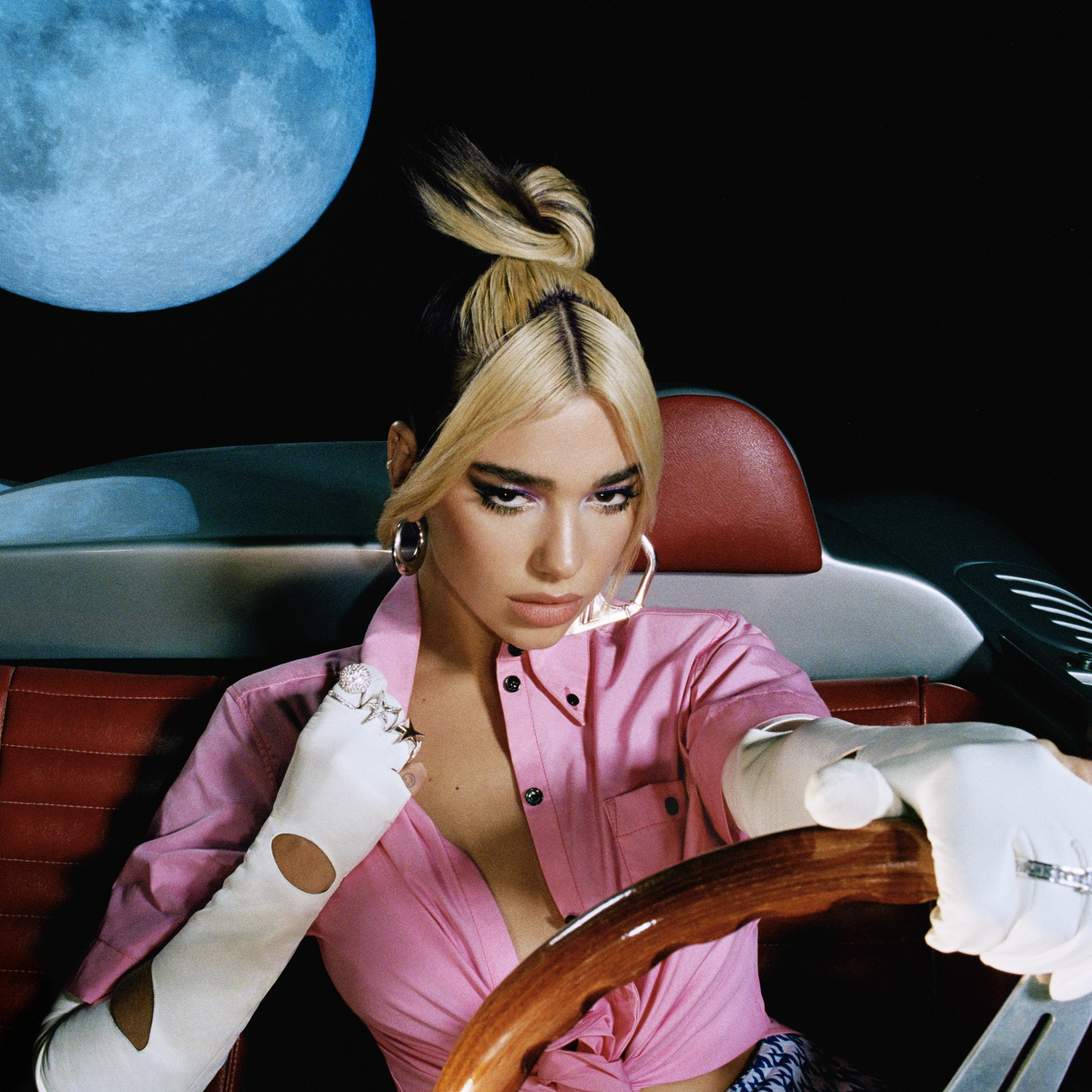 “People always talk about how scary the second record is,” Dua Lipa tells Apple Music. “But for me, it’s more scary to go back into the studio and try to create something like ‘New Rules’ over and over again. I felt like I’d end up in a vicious cycle of trying to get somewhere but never being able to mature as an artist.” And so, to move forward and trump 2017’s all-conquering self-titled debut album, she looked back. “I’ve time-travelled quite a lot on this record,” she says of the aptly named Future Nostalgia, which takes in everything from life-affirming disco (“Don’t Start Now”, “Break My Heart”) to ’80s power pop (“Physical”) and even Debbie Harry-indebted raps (“Levitating”). And yet, it never sounds anything other than forward-looking. “It’s a fine line, so I wanted to bring something that was reminiscent of my childhood and at the same time make it really current,” she says. “I remember listening to songs by Moloko and Jamiroquai, which would make you want to dance no matter what time of day it was. I wanted to recreate that feeling.” On Future Nostalgia, the singer also gets personal, delving into heartbreak—and then new love. Despite the innovative new sound—and changes in her personal life, from relationships to overnight megafame (“My friends still treat me the same, I haven’t changed that much as a person”)—her mission to take women with her every time she rises remains intact. “For me, it’s always about championing women and putting ourselves in the position of power,” she says. “I want to show that women are allowed to take risks and try things differently musically. And wear the pants, you know? We don’t have that enough in music.” Here, let Lipa guide you through the thrilling Future Nostalgia, track by track.